Lovely Cartwheel - Characters Who Design Themselves

I've been really enjoying this little character called Cartwheel, from a book I'm doing called My Two Blankets, written by Irena Kobald. Cartwheel is a very timid little girl, sheltering next to or behind her aunty. She's moved to a place that is so strange to her that she no longer feels like herself.

I don't tend to spend all that much time designing characters. I don't know whether I'm supposed to do more or not, but they seem to sort themselves out while I work on the rest of the book. I might do some quick initial character sketches, like these ones I did back at the beginning of the year when I started the book. 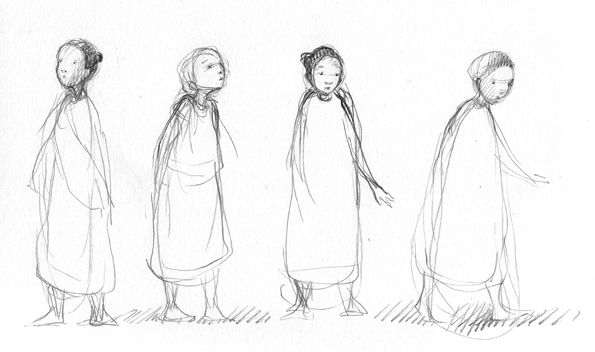 It's an especially lovely moment when a character gets colour for the first time. And Cartwheel was no exception, with her warm, saturated colour against a cool and pale background. It took me by surprise when I discovered Cartwheel had developed into such a beautiful little child, full of subtlety in her posture and expression. Here she is with her aunty. 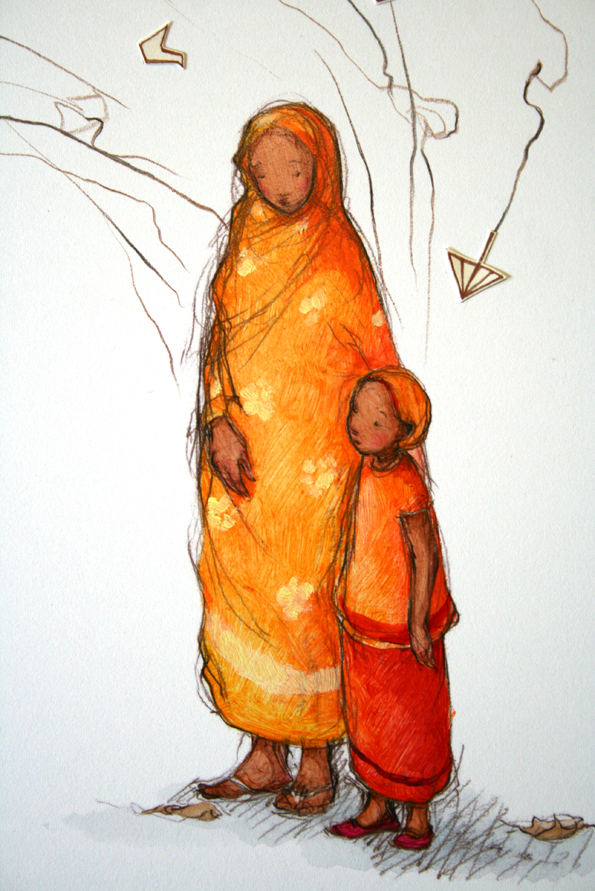 Cartwheel seemed to have designed herself and was in complete control.  In some drawings of her, I couldn't even really remember drawing them - it was all her, quietly reworking a drawing until it expressed exactly how she felt. 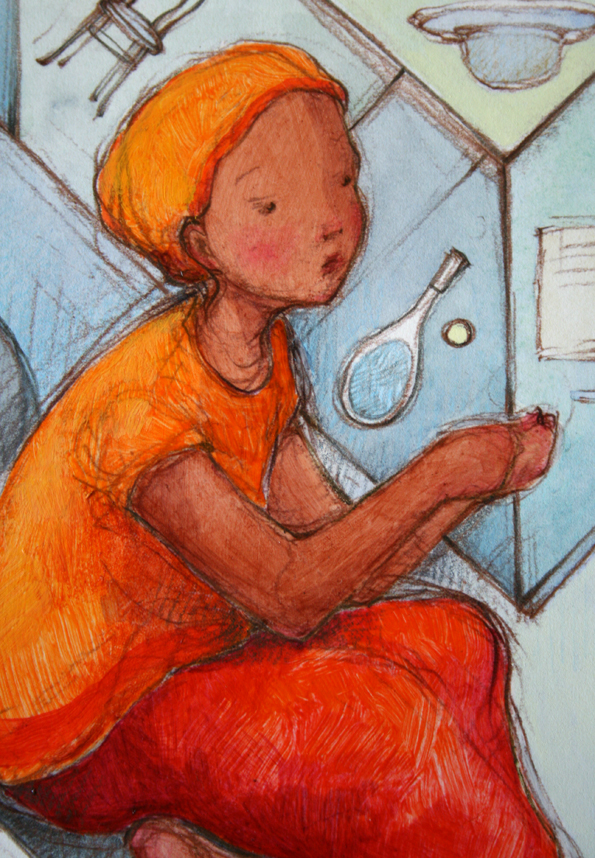 Cartwheel and her aunty have been my work companions for six months now. They've been very quiet and shy but I'll miss them dreadfully when I've finished. Only a few more days of their company left...

My Two Blankets will be published some time in 2014 I guess, by Little Hare Books.
Posted by Freya Blackwood at 03:53