Due out in February this year (2014) is a book by Irena Kobald called My Two Blankets. An advance copy arrived late last year, amidst the flurry of end of year deadlines and activities. But today, just as I was considering posting something about the book, a whole box of them arrived! 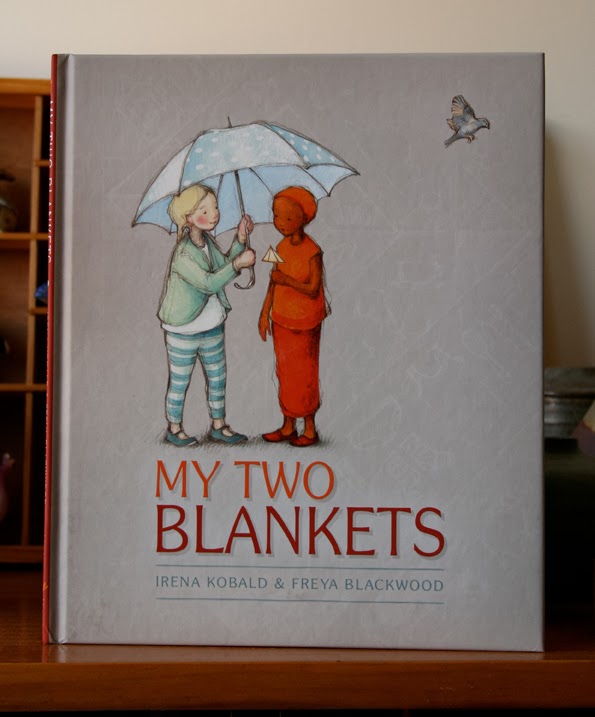 My Two Blankets is the story of a young girl called Cartwheel who leaves her own war torn country for somewhere safe. But the new place is so foreign to her she no longer feels like herself. Cartwheel seeks comfort in a metaphorical blanket of her own words and sounds. When a young girl shows her friendship and begins to teach her new words, Cartwheel begins to create a new blanket from these words and sounds she learns.

The metaphorical blanket was a difficult concept to illustrate and took me a long time to solve. But I was really attracted to the idea of a visual interpretation of feelings, sounds and words. As with any concept requiring interpretation, there are endless different visual solutions and everyone has a different idea of what works the best. This would have been a great book to give to several illustrators to see what each came up with. I'd love to see other peoples' takes on the concept.

Eventually Cartwheel's old blanket became a simple design that Cartwheel was an integral part of. It contains symbols based on African weavings, fabrics and sculptures. 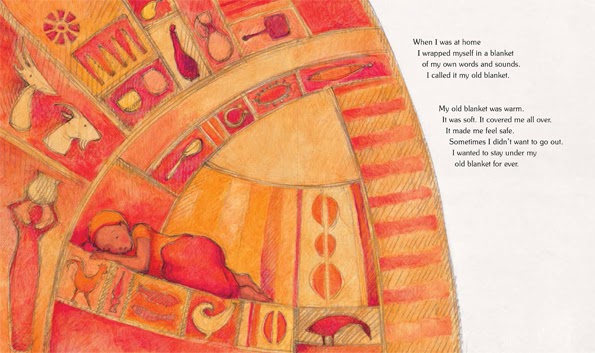 I often use colour to help convey a concept and with this book I used colour as well as the medium to differentiate between Cartwheel and this new country. The new place is pale and cool and painted in watercolour, whereas Cartwheel and her old home are warm and saturated and painted in oil paints. 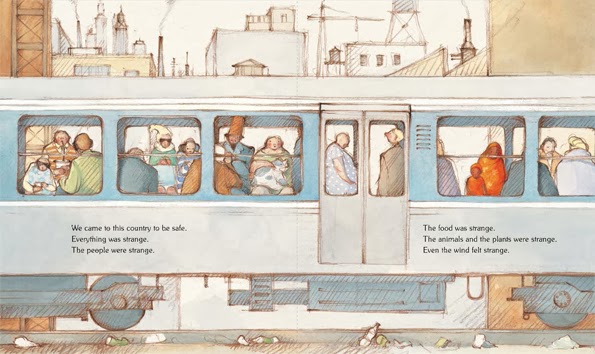 The story discusses the sensation Cartwheel feels when surrounded by the unusual sounds of this new country. She describes it as a cold waterfall of strange sounds. Initially I intended this 'waterfall' to be thick with symbols that represented words. Like this: 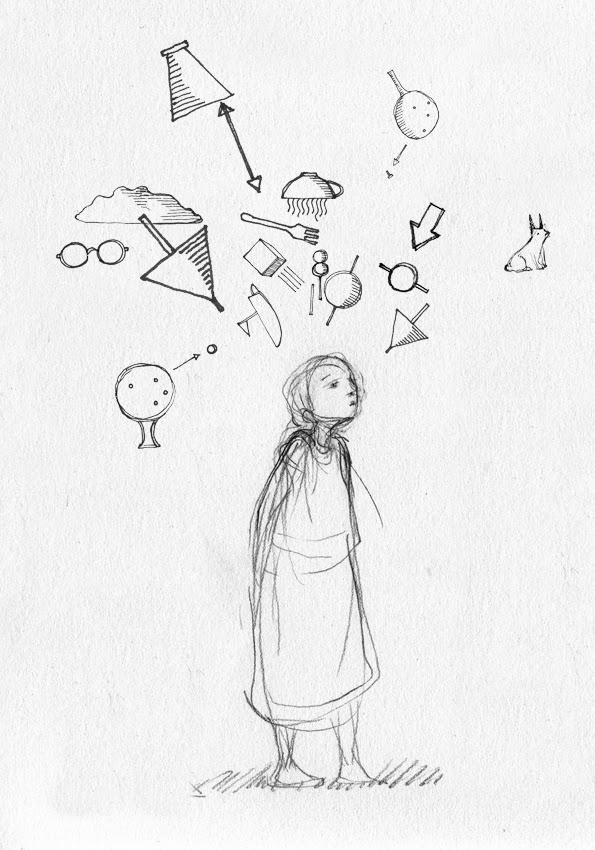 In the roughs, I just showed this as a messy scrawl because I couldn't be bothered drawing these precise little symbols over and over, and the scrawl seemed to work better than lots of symbols. So this is how it ended up: 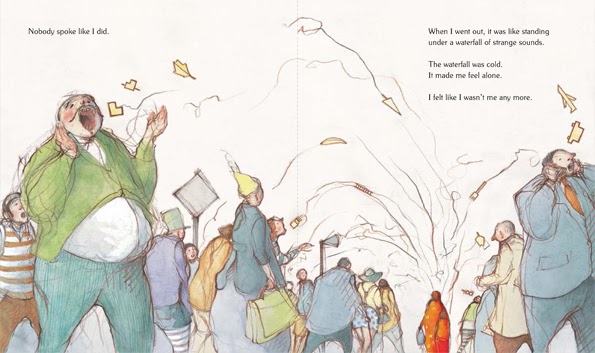 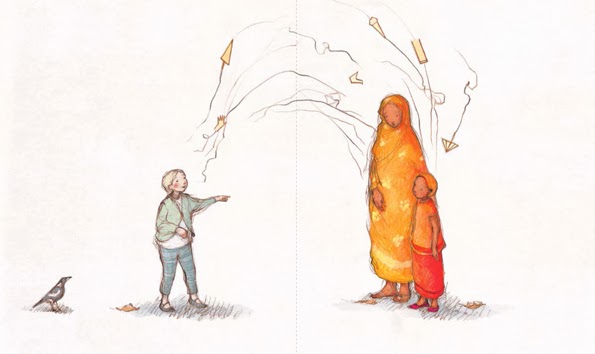 Here is the beginning of Cartwheel's new blanket, built on a diagonal spiral form: 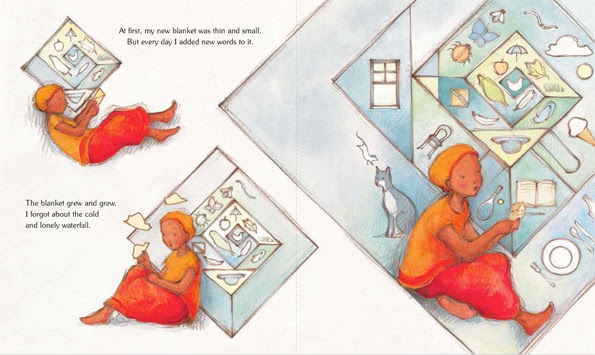 Published by Little Hare Books, My Two Blankets is out in February 2014.

Posted by Freya Blackwood at 18:01